A few months ago, the Smithsonian ran an article on Passenger Pigeons. An origami pigeon was included, such that one could fold a Passenger Pigeon to commemorate their extinction. This morning Ed kindly folded the pigeon for me (I'm terrible at origami).

The attached was part of the origami sheet:

Huge flocks of Passenger Pigeons once flew across our skies. Millions of birds would pass overhead, blocking the sun and darkening our skies for days. Because there were so many, no one dreamed they could ever be gone. But as the population of the United States grew, and the demand for food increased, they were nearly all killed by hunters.

Fourteen years later, in 1914, the last captive Passenger Pigeon, Martha, died in her cage at the Cincinnati Zoo. 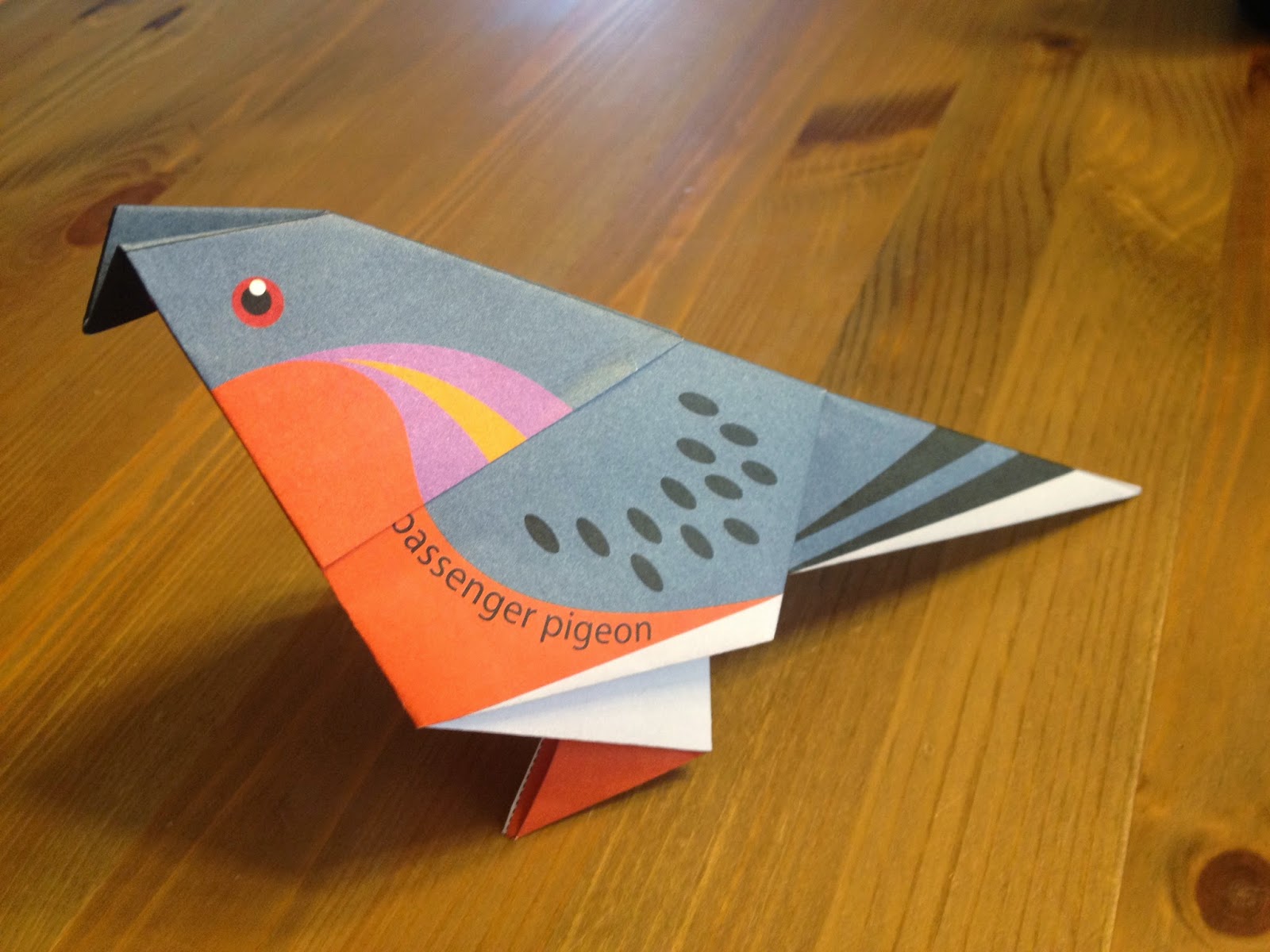 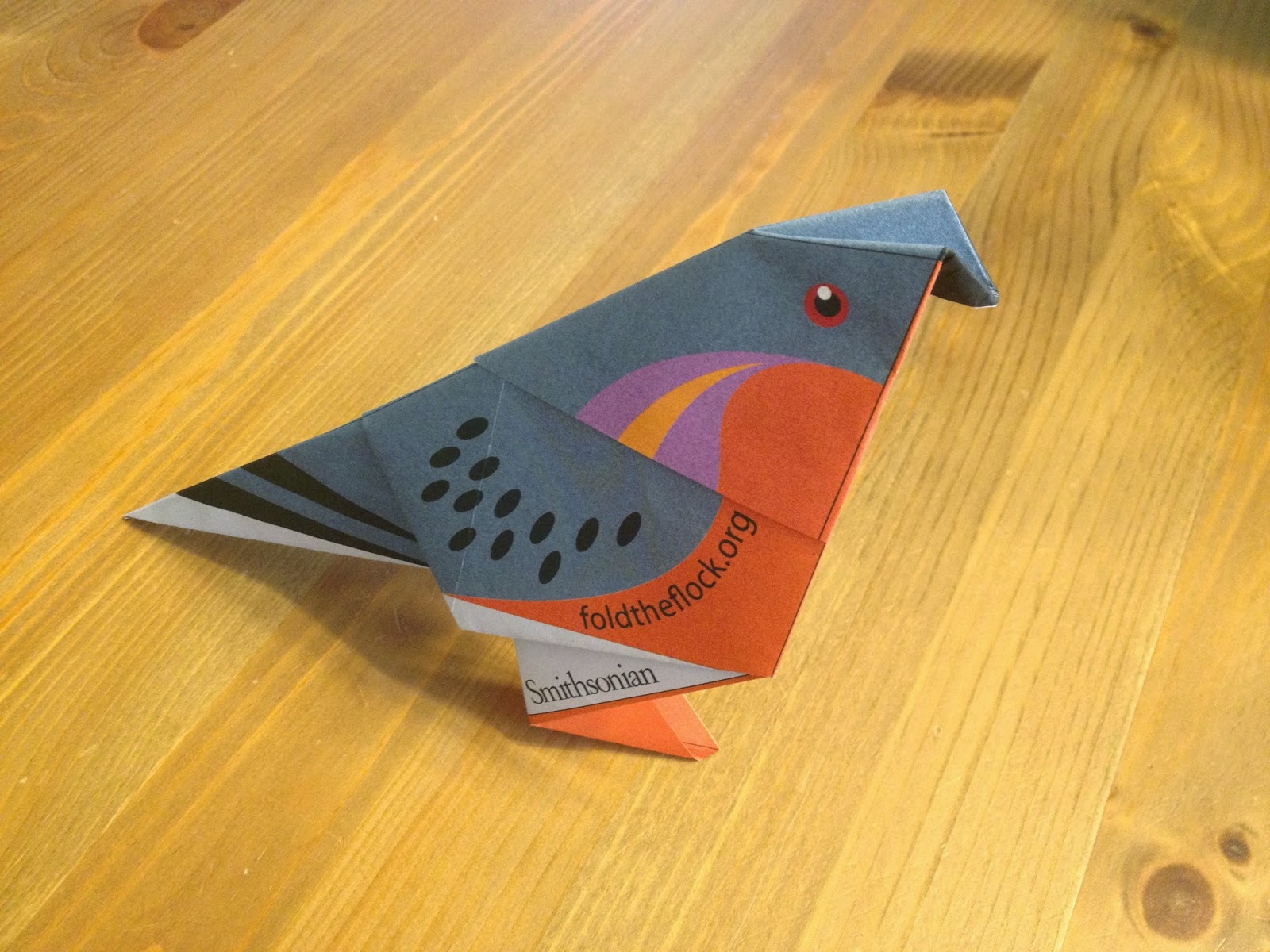 Posted by Michelle Szetela at 12:03 PM